Lincolnsfield 1940s experience- We experienced what it was like living in World War 2.

Anti-bullying week- we used a tube of toothpaste to explain that when you say something unkind you cannot unsay it.

What we thought of the mini marines.

Electricity: In year 4 we have been looking at electricity. We built circuits and tested them to see if they lit the light bulb.

We loved having parents helping us with our pop up books during Live Learning!

In science we learned about how sound travels using tin can phones!

Reading with Year One

4.1 had a wonderful Christmas party

The children had fun on Christmas Shopping Day

Reach for the stars Week

We created our own characters.
We described our character.
We dressed up as characters from Roald Dahl's book
It was such fun!
We saw how Roald Dahl edited his stories.
We also visited St Peter and St Paul's Church.
We completed a quiz in the church.
We read the poem 'The Giraffe the Pelly and Me'
We saw where Roald Dahl was buried.
We followed the footprints of the BFG.

World Book Day- We dressed up as colours,animals or vegetables.

The children learnt a lot about resilience and teamwork in today's Maths workshop. It was also GREAT FUN!

In year 4 we get the opportunity to learn a stringed instrument.

We came up with the ideas.
We started with a warm up.
We stretched our bodies.
We moved in different ways.
We worked in groups.
We listened to ideas.
We worked as a team.
We performed our dance.

A great start to Year 4! We have been working together and learning how to classify shapes.

Art Workshop at Affinity Water 5th July 2017
First we looked at the artwork on display. It had been created by pupils from Onslow and it was amazing. Then we had an art workshop where we learnt how to create a picture using words. 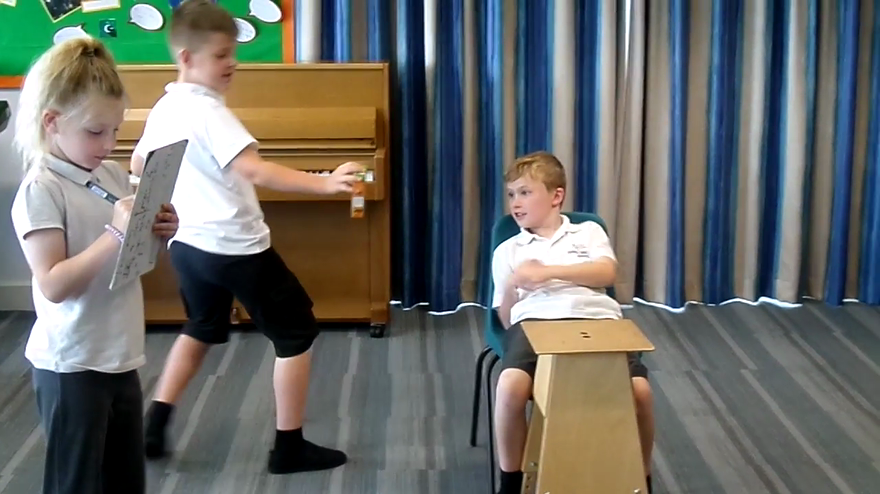 Children worked together as a group to create an advert to persuade people to buy their cereal. They had to think about persuasive language and techniques. 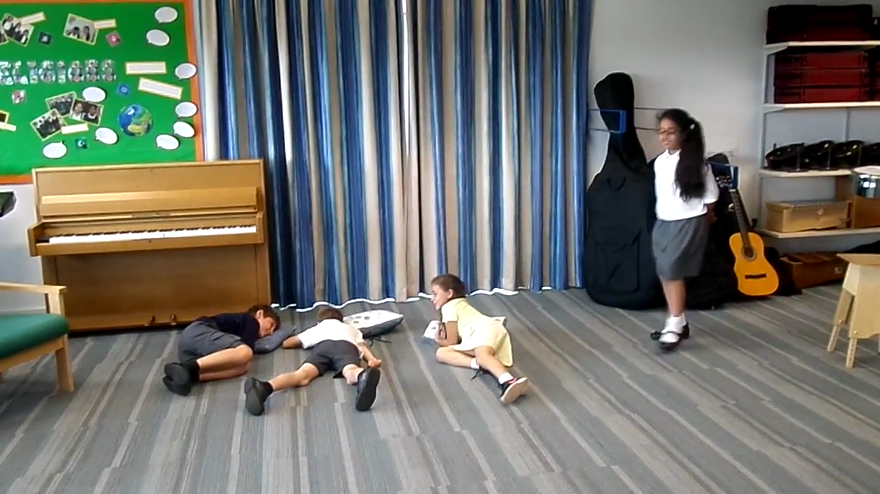 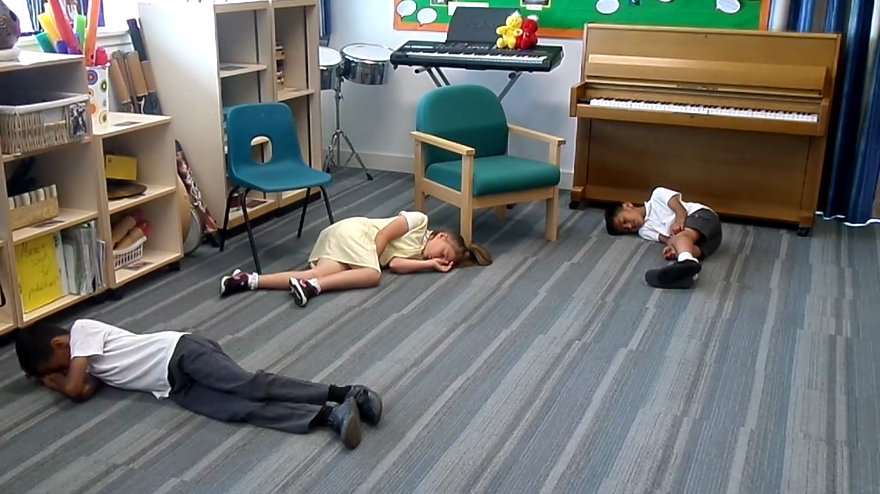 Live Learning May 2017 Getting the most from our reading.

We looked at Poems by Pie Corbett and discovered how he had used different language features for effect eg repetition and personification.

Pond Dipping on Kingfisher Island May 2017

Where in the World...Themed week.

We learnt about  the problems the Sea Turtles are having in Sonrisa, South America.

Pollution and acidification of the seawater is causing problems for the Turtles. The coral reefs are being damaged so there is less fish for the Turtles to eat. We discussed what people could do to help and made posters to explain the problems.

As part of our Art Topic, Year 4 made sculptures of Endangered animals.

The children had fun dressing up as their favourite character from a book. We shared a funny book called The Chicken Thief and wrote our own comic strips.

What an exciting day! The children had great fun using Google Expeditions. We experienced expeditions to the Great Barrier Reef, Antarctica, an Ocean Safari and had a look at Volcanoes!

George talked to us and we learnt about what it means to be 'resilient'.

Year 4 also enjoyed a workshop where we had to try to make towers from marshmallows and spaghetti! This took real resilience!

On Friday 10th February, Year 4-1 went to Onslow to experience a French lesson hosted by the pupils. We had great fun playing a range of interactive games. We learnt the French words for a variety of different sports and wrote sentences saying if we liked, loved or disliked a sport. The juice and biscuits was an added treat!

In Live Learning we were reminded about how to keep safe on the Internet. We discussed the meaning of some emojis and played a match up game. Also we looked critically at images from the internet to decide if they were 'real' or 'fake' . We learnt about the importance of considering the 'bigger picture' when looking at images from the internet. Somethings we thought looked real, were in fact fake!